Why are bugs so creepy?

Bugs are so creepy to some people partly due to the Hollywood horror machine scaring movie fans with giant spiders, killer bees, swarms of locusts, and so on. On a basic level, humans are creeped out by bugs because of the way they look with their unwieldy, exaggerated antennae, multiple legs, and skeletons on the outside of their bodies. Additionally, bugs are creepy because some sting and bite and carry pathogens that can kill people. Ticks are creepy because they attach themselves to us and suck our blood. Ticks can also carry life-threatening diseases such as Lyme disease and Rocky Mountain Spotted Fever. Other blood-sucking insects include mosquitoes that carry yellow fever, malaria, Zika Virus, Eastern Equine Encephalitis, West Nile Virus, and other diseases. The idea of bugs crawling on you while you sleep makes bugs creepy, as well. Although bed bugs don’t carry human pathogens, they are creepy because they feed on human blood, while their victims sleep.

Many bugs are creepy due to their capacity to reproduce rapidly and quickly grow their populations. Cockroaches seen scattering when you turn on your lights are scary and dangerous to your loved ones. Roaches running through sewers and then your kitchen can contaminate your food and cause allergic reactions in sensitive people. For some people, spiders are the creepiest bugs around. Although there are only a few species of spiders that can harm to humans, people are prone to think of all spiders as tarantulas, black widows, and brown recluse spiders. As humans, we are hard-wired to reject things we don’t understand – it’s part of our survival mechanism in the face of danger. These basic instincts help humans avoid dangerous things – like bugs. It also leads to people perceiving bugs as creepy and unacceptable in our lives.

If you are creeped out by bugs in your Central Florida home, let OrgreenX Pest Control help you keep your home bug-free. Contact us today to schedule your free pest inspection in Sarasota or Manatee Counties. 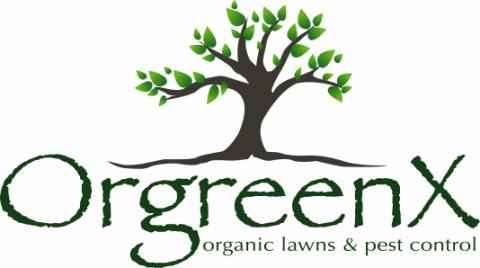